PhD students who have been selected to presenting orally at the annual SGMS meeting can participate free of charge. Outstanding student presentations, oral and/or poster, will be honored with the SGMS Meeting Student Award.

The SGMS travel grant supports PhD students from Swiss academic institutions by contributing towards the cost of actively participating at a conference, workshop or a school. The event need not be primarily about mass spectrometry, but the work presented must have significant and clear MS content (including applications of MS). The grant is up to 1500 CHF and is awarded at the discretion of the SGMS board, as represented by the awards committee. Relevant factors include: type of presentation (oral, poster, flash-talk, etc); novelty or impact of the MS part of the work; type and location of the event. As a guideline (mid 2018), participants of MS events outside Europe typically receive 1000 CHF, or 750 CHF for a non-MS event. For events within Europe, typical grants are 500 and 350 CHF, respectively. These amounts are not fixed and may change at any time.

Applications may be submitted at any time. Decisions are generally made within two weeks, but if large numbers of applications are received, the committee may make decisions on a quarterly basis. Please apply early, if possible.

The awardee will provide a concise event report after the event that will be published on the SGMS website.

Application must include the following:

All documents (ideally concatenated in one pdf file) must be send before the intended meeting's abstract deadline and addressed to:   awards(at)sgms(dot)ch

(#) The SGMS does not exclude prospective candidates from receiving the travel grant if other sources are available, but may adjust the awarded amount according to the other available funding.

The SGMS award is awarded to a promising scientist working in Switzerland or a promising Swiss scientist working abroad, for outstanding independent research in the field of mass spectrometry. At the time of the award nomination deadline the candidate should be younger than 45. The nomination should be done by a senior colleague, but self-nominations are also welcome. Up to two letters of support can be submitted, together with a CV and a publication list of the nominee. Deadline for the SGMS award 2022 is December 31th 2021. The prize is awarded after evaluation by an international panel ( Prof G Allmaier, Prof C Costello, Prof G Cooks, Prof R Heeren,  Dr. Richard Knochenmuss & Dr. Yury Tsybin). The award ceremony takes place at the annual SGMS meeting and includes a plenary presentation given by the awardee. Submit nominations to  awards(at)sgms(dot)ch 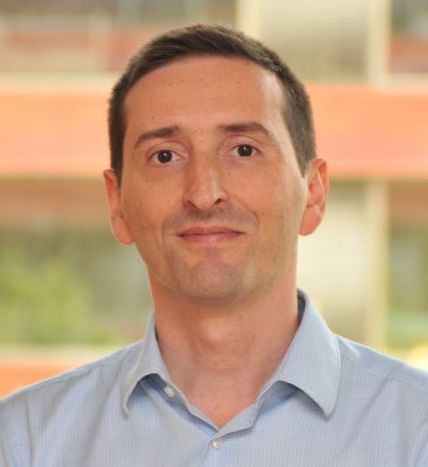 Prof Sinues was selected by an international award panel, with the following motivation:

"Pablo has combined the expertise gained in his cross-disciplinary academic training in chemistry for his M.Sc. from the University of Murcia, Spain and Ghent University, Belgium, and his research on electrospray ionization mechanisms at the University Carlos III, Madrid, that was the subject of his Ph.D. thesis in mechanical engineering, with the experience he accumulated devising new methodologies for small metabolite analysis and applying these to clinical studies, work that led to his Habilitation in analytical chemistry, at the ETH.

Prof. Zenobi acknowledges that Dr. Sinues made “key contributions to the analysis of exhaled breath by ambient mass spectrometry,” during the research project that was carried out in the Zenobi laboratory under Dr. Sinues’ leadership and supported by substantial external funding that Dr. Sinues secured. He has continued to be innovative and productive since obtaining his independent position in Basel in 2017.

Dr. Sinues has a strong publication record that spans a broad range from fundamentals in mass spectrometry ionization processes and hardware, to clinical applications of MS- based breath analysis for diseases such as COPD, pulmonary fibrosis, cardiovascular disorders, and breast cancer, to metabolism in plants.

He is active in professional societies and his list of lectureships attests to the international impact of his research. He has obtained three patents and established a small company (Deep Breath Initiative). He is thus an outstanding young investigator with a very promising future that will continue to foster improvements in mass spectrometry instrumentation and methods and to define important new application areas, in the clinic and beyond.”

Prof Bodenmiller was selected by an international award panel, with the following motivation:

Bernd has a very outstanding track record, from his undergraduate days through his graduate and post- doctoral training periods, where he showed both leadership and innovation at each stage. His accomplishments during these years were recorded in a series of manuscripts published in top journals, many with him as first author, that could themselves be regarded as sufficient to place the full career of a scientist in the highly accomplished ranks. However, he simply used these landmark works as launch pads for his young professorship and quickly established a strong and effective research group at the University of Zurich. 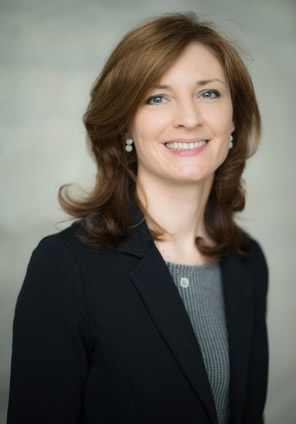 She was selected by an international award panel, with the following motivation:

During her graduate and postdoctoral positions Prof. Picotti developed several outstanding and innovative methods that are already in wide use around the world, including the SRM/MRM approach that is fundamental to quantitative proteomics. She began her independent career five years ago and quickly demonstrated her ability to lead a research group and to develop even more insightful new methods, such as the analysis of protein conformational changes based on observed accessibility of certain regions to proteolysis. During this period, her strong publication and citation record has continued. She is frequently engaged in educational programs and has taken on responsibility for the Protein Misfolding group within the Human Proteome Organization. She has obtained significant grant support for her research. On the international stage, it is clear that she is one of the most promising leaders of her generation. She is well established as an independent investigator, and has >3000 citations. 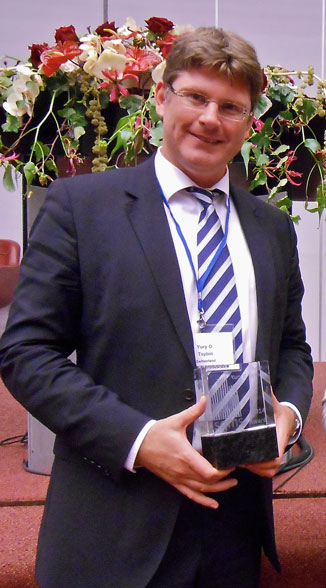 He was selected by an international award panel, based on his

The award was handed over by Marc Suter (President of the SGMS) at the International Mass Spectrometry Conference 2014, August 28th, Geneva.

The Swiss Chemical Society and the "Platform Chemistry" of the Swiss Academy of Sciences (SCNAT) announce the creation of the "2010 SCNAT/ SCS Chemistry Travel Award". The award includes a contribution of CHF 750 towards the cost of active participation of PhD students at an international conference in the chemical sciences. Applications are also possible after the conference. More information can be found on http://www.chemistry.scnat.ch/travel_award.